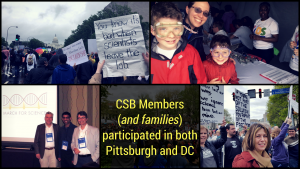 Pitt’s Computational and Systems Biology showed up to the March for Science in style – both in Pittsburgh and DC!
There was a demonstration in Oakland from 12 PM – 2 PM, beginning on Bigelow Blvd between Forbes and Fifth Aves. There were several speakers both before and after the march around Oakland.

One of the speakers was adjunct faculty member, Lance Davidson, and he talked about how science is part of Pittsburgh’s core. 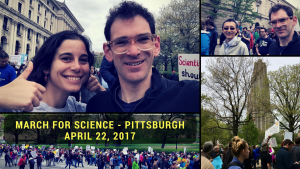 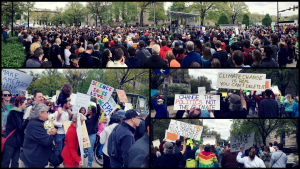