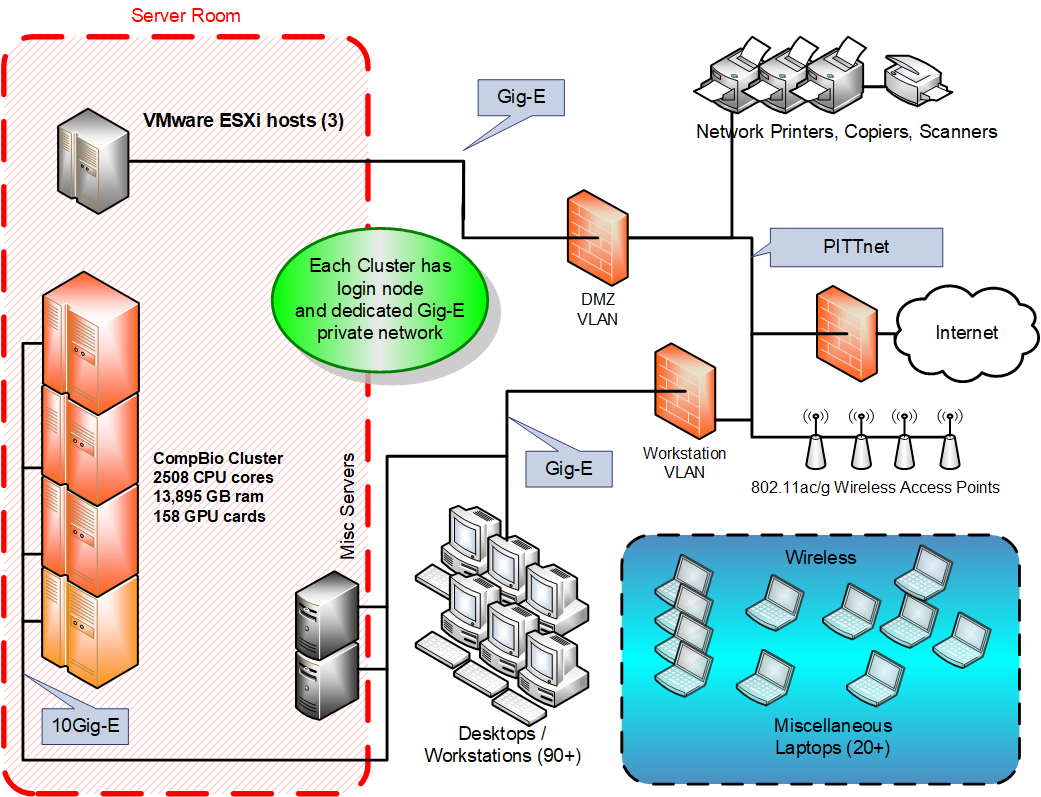 The Department of Computational Biology uses a large number of computers to conduct its research in an efficient and effective manner.  These computers include high-end workstations in the offices and a number of rack-mounted Linux clusters at the NOC.  The clusters are for running complex simulations, models, and computations that take a long time to complete or can run in parallel across nodes.

*Nodes include compute nodes only. The (3) Login and (15) Storage servers are extra.
** Storage includes only available local workspace (scratch).

The department has a VMware vSphere 6.5 cluster for running multiple application servers on 3 ESXi hosts configured for N+1 High-Availability with a vCenter server managing all three.  The ESXi hosts each consist of dual 10-core Xeon Gold with 96GB of ram.  The Virtual Machines are stored on a fully redundant vSAN storage array configured with both SSD and SAS drives for reliability and increased performance when needed. The virtualized environment provides for high-availability with no single point of failure.