Amidst the uncertainty and turmoil that beleaguered the early months of 2020, the TECBio Research Experience for Undergraduates (REU) program at the University of Pittsburgh had to make the difficult decision of whether or not to proceed with their annual summer research program. Preparations had to be made and longstanding playbooks had to be completely re-written, but it was decided that the program would continue so we could serve our students (honor our commitments to them, or something like that). Naturally, one of the biggest changes would be the move to an online/virtual platform.

During the planning process, Dr. Joseph Ayoob began efforts to coordinate with REU programs nationwide to build a network of support and cooperation amongst the handful of them that were also considering holding virtual programs. Bi-weekly meetings were held throughout the summer where inter-program communications avenues were paved and information was shared for the mutual benefit of all involved. In the end, this group enabled and supported ~30 programs to provide research opportunities for students. 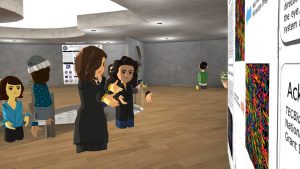 The plans for TECBio had finally coalesced into a more cohesive vision for the summer and, on May 25, 2020, the first Virtual TECBio REU program began with the opening orientation. Though there were many challenges, the students and their faculty mentors and labmates, managed to discover new ways of communicating and working together on their research projects. As one TECBio student noted, “It was an enriching experience, despite the fact that we had to adapt to a new modality, everything went smoothly.” The student committee groups (which are comprised of TECBio student volunteers and are organized into Social, T-Shirt, Ambassador, and Mentoring Committees respectively), helped to oversee further adaptations to the new virtual format through new and creative ways of fostering interaction and engagement. Overall, both students and faculty expressed their happiness with how the research and program progressed. For the first time, virtual reality was utilized (in the form of Oculus Quest headsets) for a seminar talk as well as the final poster session, which took place entirely in a large VR gallery room. The use of this technology was universally applauded by everyone in the program and helped foster a feeling of connectedness despite the distances.

Despite the obstacles presented for this year’s program, it concluded as a success with many students reporting significant gains in their confidence and ability as researchers, and all of them expressing gratitude that they were able to participate in a meaningful experience during these uncertain times. One TECBio student, Caleb Armstrong, summarized his experience thusly, “This REU gave me a thorough insight into what being a graduate student is like from many aspects, including research, learning, and social activities. Before this opportunity, I had barely any research experience, or even any idea what graduate school was really like; now, I feel properly prepared (and confident enough) to pursue research as a career and a passion.”

We would like to make you aware of this year’s remote (online) workshop:

The Hands-On Workshop on Computational Biophysics is a joint-effort between The NIH Center for Macromolecular Modeling & Bioinformatics at UIUC [www.ks.uiuc.edu] and The National Center for Multiscale Modeling of Biological Systems (MMBioS) [mmbios.org]. Drs. Ivet Bahar (Pitt) and Emad Tajkhorshid (UIUC) will lead the instruction for this interactive 4-day event. The workshop will cover a wide range of physical models and computational approaches for the simulation of biological systems using NAMD, VMD, and ProDy. Space is limited and applications will be accepted until September 16th. This workshop is jointly supported by MMBioS, an NIH Biomedical Technology and Research Resource and the NIH Center for Macromolecular Modeling & Bioinformatics.

The agenda for the workshop will be updated and posted on the meeting website:
https://mmbios.pitt.edu/workshops/2020-workshops?id=239 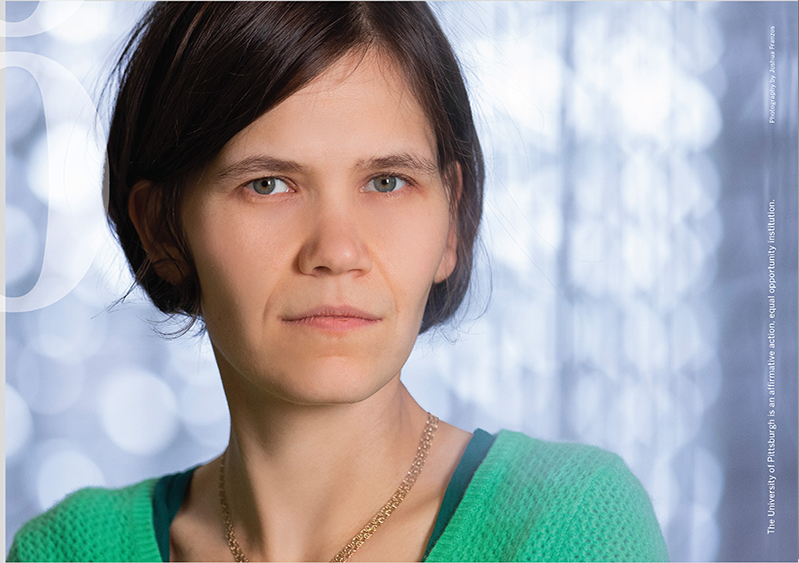 Please mark your calendars and join us on Friday, September 11, 2020 for the University of Pittsburgh’s Senior Vice Chancellor’s Research Seminar Series featuring Dr. Maria Chikina, Assistant Professor in the Department of Computational & Systems Biology.  Dr. Chikina’s seminar is titled “Finding Concise Descriptors of Genomic Data”.  The virtual seminar will take place from 12:00-1:00 pm. Please note that you must “register” for her seminar using the link below in order to receive connection details.

Dr. Chikina’s September 11 SVC lecture will be virtual, and registration is required to receive event information.