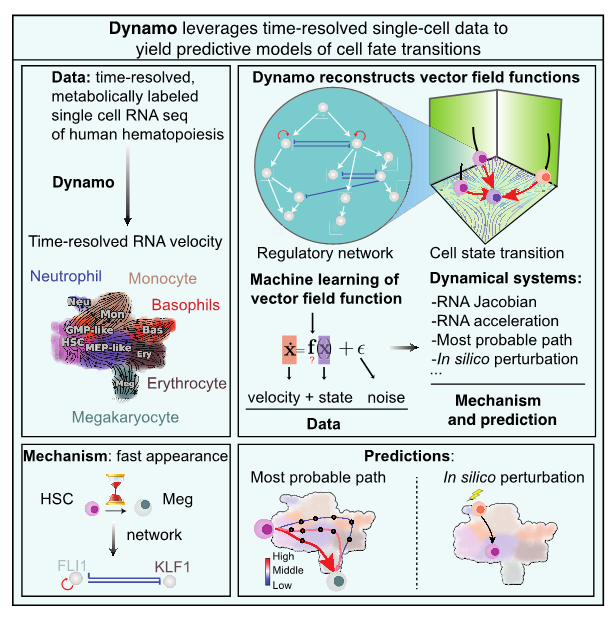 A myriad of inflammatory cytokines regulate signaling pathways to maintain cellular homeostasis. The IkB kinase (IKK) complex is an integration hub for cytokines that govern nuclear factor kB (NF-kB) signaling. In response to inflammation, IKK is activated through recruitment to receptor-associated protein assemblies. How and what information IKK complexes transmit about the milieu are open questions. In this paper, the Lee Lab track dynamics of IKK complexes and nuclear NF-kB to identify upstream signaling features that determine same-cell responses. Experiments and modeling of single complexes reveal their size, number, and timing relays cytokine-specific control over shared signaling mechanisms with feedback regulation that is independent of transcription. Their results provide evidence for variable-gain stochastic pooling, a noise-reducing motif that enables cytokine-specific regulation and parsimonious information transfer. They propose that emergent properties of stochastic pooling are general principles of receptor signaling that have evolved for constructive information transmission in noisy molecular environments. 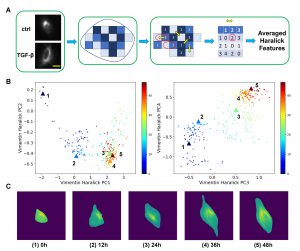 In this work the Xing Lab tackled an outstanding open question on if and how one can extract dynamical information from snapshot data.
They first developed a quantitative framework that integrates standard imaging facilities and state-of-the-art computational analysis approaches to extract high-dimensional dynamical features of single live cell trajectories. The ability of being “quantitative” and “high-dimensional” is critical for addressing the question mentioned above. The framework allows one to use the same mathematical language to quantitatively describe cell phenotypic transition dynamics as one describes particle motions in physics and chemistry. This a conceptual novelty sets up a new framework of studying the biological processes from a physics perspective. They studied the epithelial-to-mesenchymal transition, and identified two parallel paths for the transition process that are concealed from snapshot data due to cell-cell heterogeneity. The work demonstrates the importance of live cell studies, and our developed framework provides such a general quantitative platform. 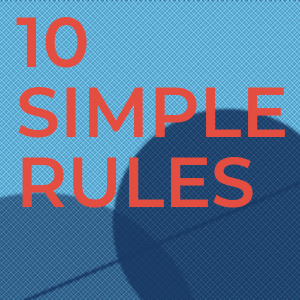 Joe and Josh first became involved with the Lab Methods for Computational Biology class, which is part of the Carnegie-Mellon University of Pittsburgh Computational Biology Ph.D. program, over ten years ago – with Josh as a student and then teaching assistant and Joe as a new instructor. For the past three years they have been teaching the course together and wanted to share their years of expertise with the broader computational biology community.

Abstract: “Graduate students in Computational Biology typically have strong computational backgrounds but are frequently limited in their understanding of the theory, approach, and practice of biological experimentation used to generate data. A thorough understanding of the techniques used to generate biological data is essential for computational biologists to effectively critique and incorporate data into their research efforts. Furthermore, students are more frequently generating their own data in their PhD research making this background knowledge crucial for their success.  To give students this knowledge, insight, and experience, the ‘Laboratory Methods for Computational Biologists’ (LMCB) course was established as a core course in the CPCB curriculum to provide a hands-on, research-oriented laboratory experience in four major areas: genomics, microscopy and bioimaging, high content screening, and X-ray crystallography.  The LMCB course provides foundational and experiential wet-lab training for the benefit of nascent computational scientists.  In this article, we provide some of the guiding principles and approaches that we have used to establish, evolve, and shape the LMCB course.”

Congratulations Drs. Ayoob and Kangas on your publication and thank you for your continued dedication to education!