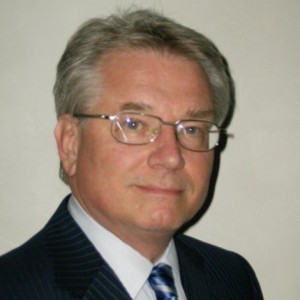 Congratulations to Dr. D. Lansing Taylor for his appointment to Distinguished Professor.

Dr. Taylor has been with the department since his return to academia in 2010. Prior to that, he held academic appointments at Harvard University and Carnegie Mellon University.

During his time as CMU, he and Dr. Alan Waggoner co-found Biological Detection Systems (BDS) to commercialize the multi-color cyanine dyes and research imaging platform. The company was later acquired by Amersham (now GE Life Sciences). He left CMU in 1997 to found Cellomics, Inc., which developed High Content Screening and later became a part of ThermoFisher Scientific. He then moved on to found Cellumen, which developed a predictive safety assessment platform using primary hepatocytes, multiplexed panels of reagents, reference safety databases and computational biology. He was CEO of Cellumen from 2004 until 2010 when it became part of Cyprotex, a British CRO. He also co-found Cernostics, Inc., a fluorescence-based, tissue systems pathology company that has created a test for selecting at risk Barrett’s esophagus patients.

His current research links large-scale cell, tissue and human, biomimetic, tissue-engineered model profiling with computational and systems biology to optimize drug discovery and diagnostics based on quantitative systems pharmacology. He is also developing computational tools to identify and quantify heterogeneity.

To further promote Quantitative Systems Pharmacology in the region, he recently created the Pittsburgh Revolution Fund with the goal of bringing the recent advances at Pitt (in collaboration with UPMC, CMU, and UPCI) to the attention of the broader community.

Dr. Taylor has contributed greatly to our department, the Drug Discovery Institute, the University, and to science as a whole. He is well deserved of the distinguished title, and we congratulate him!