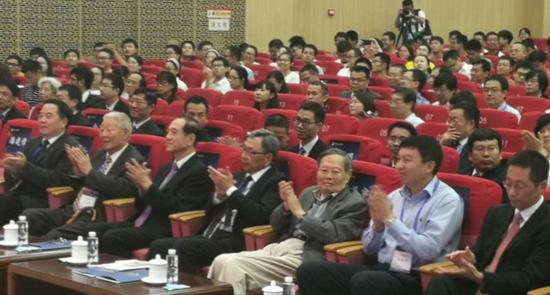 Jintao Liu (Tsinghua University) received a 2018 Outstanding Young Scholar Award at the 2018 Annual Qiu Shi Awards Ceremony this past weekend at the University of Science and Technology of China. A total of twelve young scholars were presented with the award for having made outstanding achievements in areas such as new condensed theoretical physics, new energy materials, algebraic geometry, intestinal immunity and microorganisms.

Jintao Liu received his PhD in Physics under the joint supervision of Drs. Carlos Camacho and James Faeder on the Department of Computational and Systems Biology. His PhD research involved developing functional models of disordered proteins and modeling the kinetics of bacterial spore germination.

Founded in 1994, the primary mission of the Qiu Shi Science and Technology Foundation is to promote scientific and technological progress in China by recognizing and rewarding successful Chinese scientists and scholars.