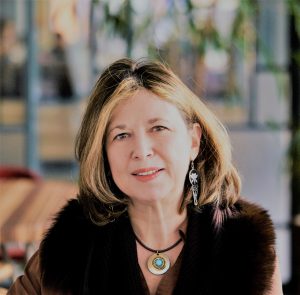 Dr. Ivet Bahar is among the exceptional scientists elected this year to the The National Academy of Sciences (NAS). NAS membership is a widely accepted mark of excellence in science and is considered one of the highest honors that a scientist can receive.

Dr. Bahar has been elected “in honor of outstanding contributions to computational biology.” She is a pioneer in structural and computational biology, having developed widely-used elastic network models for protein dynamics.  These models reveal cooperative motions that are intrinsically favored by 3D protein architectures to allow substrate-binding, allosteric regulation, and supramolecular machinery, thus computationally bridging structure and function.

Dr. Bahar adapted fundamental theories and methods of polymer statistical mechanics to biomolecular structure and dynamics. She pioneered a modified version of the classical Rouse model, to examine the collective dynamics of proteins modeled as elastic network models (ENMs). ENMs have three strengths: simplicity, ability to yield a unique solution for each structure, and efficient applicability to supramolecular complexes/assemblies. Her theory and methods have withstood numerous tests since their inception, and established fundamental concepts in molecular biology: the role of entropy-driven fluctuations defined by 3D contact topology in optimizing biomolecular interactions; the evolutionary pressure for robustly maintaining structural dynamics to support flexible mechanisms of actions – not only structure to ensure stability; the ability of proteins to exploit their structure-encoded dynamics to adapt to promiscuous interactions and mutations as demonstrated in numerous applications, including neurotransmitter transporters in recent years. Recent application to chromosomal dynamics provided insights into the physical basis of gene co-expression and regulation events.

NAS is a private, non-profit society of distinguished scholars established in 1863, which aims to provide independent, objective advice to the nation on matters related to science and technology. Approximately 500 current and deceased members of the NAS have won Nobel Prizes. This year’s election of 120 members and 26 international members brings the total number of active NAS members to 2403, and the total number of international members to 501. Members of NAS are elected at the annual meeting in April in recognition of their distinguished and continuing achievements in original research.  You can read their official press release in  National Academy of Sciences Elects New Members.