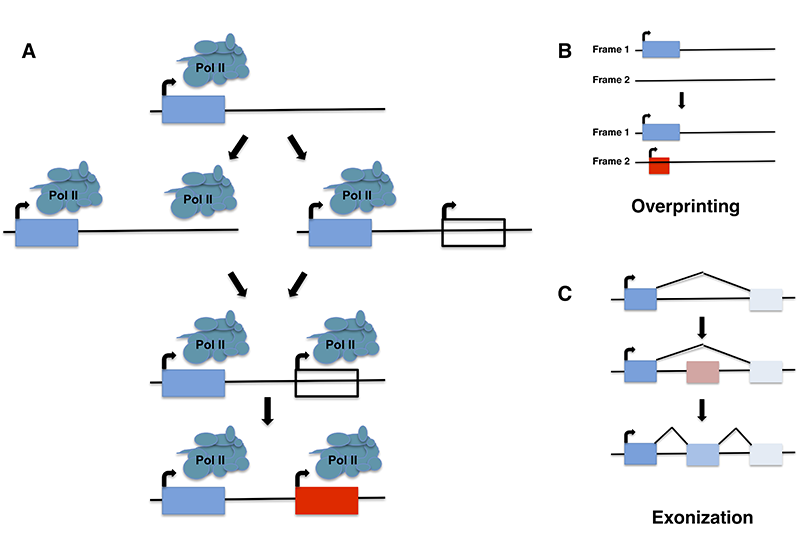 Abstract: De novo gene birth is the process by which new genes evolve from DNA sequences that were ancestrally non-genic. De novo genes represent a subset of novel genes, and may be protein-coding or instead act as RNA genes. The processes that govern de novo gene birth are not well understood, though several models exist that describe possible mechanisms by which de novo gene birth may occur. Although de novo gene birth may have occurred at any point in an organism’s evolutionary history, ancient de novo gene birth events are difficult to detect. Most studies of de novo genes to date have thus focused on young genes, typically taxonomically-restricted genes (TRGs) that are present in a single species or lineage, including so-called orphan genes, defined as genes that lack any identifiable homolog. It is important to note, however, that not all orphan genes arise de novo, and instead may emerge through fairly well-characterized mechanisms such as gene duplication (including retroposition) or horizontal gene transfer followed by sequence divergence, or by gene fission/fusion. Though de novo gene birth was once viewed as a highly unlikely occurrence [4], there are now several unequivocal examples of the phenomenon that have been described. It furthermore has been advanced that de novo gene birth plays a major role in the generation of evolutionary innovation.