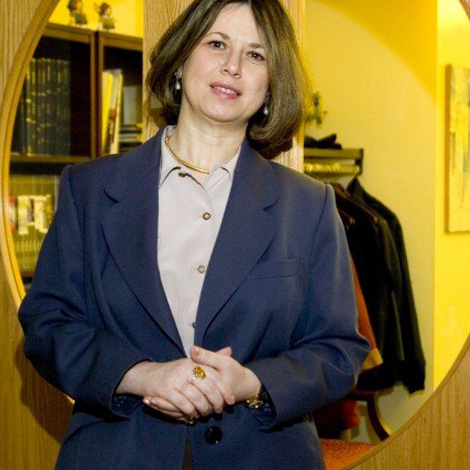 Congratulations to Dr. Ivet Bahar for her appointment as Distinguished Professor – the highest honor that the University can accord a member of the professorate. This designation recognizes extraordinary, internationally-recognized, scholarly attainment in an individual discipline or field. She also serves as the John K. Vries Chair of the Department of Computational and Systems Biology, the department she founded at the University of Pittsburgh School of Medicine in 2004. Dr. Bahar’s other appointments include: Associate Director at the Drug Discovery Institute, University of Pittsburgh; Founding Director of the Center for Computational Biology and Bioinformatics, University of Pittsburgh; and Founding Director of the Ph.D. Program in Computational Biology, a joint effort by Carnegie Mellon University and the University of Pittsburgh. She has served as elected executive board members and elected council members in national and international scientific organizations and societies such as the Biophysical Society, the International Society of Quantum Biology and Pharmacology. She has been an elected member of the European Molecular Biology Organization (EMBO) since 2001. Her research focuses on biomolecular systems dynamics; evolution of proteins’ sequence, structure, dynamics and function; network models for protein-protein interactions, supramolecular machinery and allostery; and computer-aided drug discovery. She has authored more than 230 publications in scientific journals, received greater than 8,000 citations, and written numerous book chapters in her field.

Cheers to Dr. Ivet Bahar on this highest recognition and for all of her accomplishments and contributions to science!